We know that one of the issues that some same-sex couples may face is discrimination from marriage vendors. For some reason, the news is full of stories of bakers refusing to make cakes for same-sex couples and while bakers seem to be the vendors most commonly in the news, from the attempts by some states to legalize anti-gay discrimination, it seems likely that some other vendors have attempted to discriminate against customers because of sexual orientation. From a legal perspective, we do not think it vendors should be able to discriminate against customers because of sexual orientation and that states who have passed those laws are going to quickly find themselves on the wrong side of history. On the other hand, from a customer-service perspective, we have to wonder what kind of service people would get from those vendors.

While we do not think that businesses should be permitted to discriminate against customers, we do think that customers should be very discerning in their choice of wedding vendors. Your wedding is your big day and you want to be surrounded by people excited to share your big day with you. We promise you that personalized experience. Our owner, Chris, meets personally with every client, and works with you one-on-one to create the wedding of your dreams. Chris is at every event, ensuring that things go to your specifications. While this is important for every wedding, Chris takes a special pride in working at same-sex weddings because so many same-sex couples did not think that they would see marriage equality in their lifetimes. To be part of someone’s personal history and of a historic time for civil rights is one of the most joyful things we can do at Limelight Entertainment and we would love to help you plan your big day. 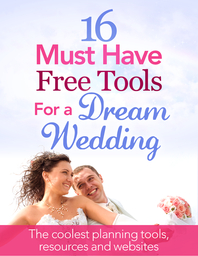 We Can't Wait to Hear From You.